The dividends of religious freedom

14 Jul The dividends of religious freedom

Most proselyting Christian religions invest heavily in the defense and promotion of religious freedom even though there is scant evidence that its presence or absence materially affects the success of their missionary endeavors. By ‘‘success’’ is meant both the growth of membership and in the establishment of new congregations. This paper examines membership change as a function of the degree to which governments create environments of religious restriction or religious freedom and, to a lesser degree, the amount of social hostility toward religion or, conversely, the tolerance in society for religious diversity. 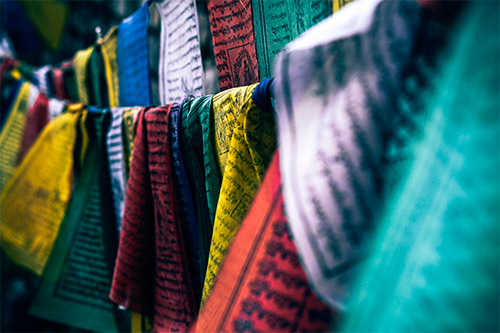 Although recent research has established that there are positive correlations among indicators of religious freedom and social capital and economic development, the question addressed in this paper has to do with the evangelistic success of three outreach-oriented churches with worldwide membership bases. By ‘‘success’’ is meant the growth of their worldwide memberships. This investigation uses the Average Quinquennial Growth Rate (AQGR—annualized 5-year compound growth rate) as the dependent variable of interest.

Jehovah’s Witnesses, Mormons and Seventh-day Adventists all share a great deal in common. They are strict in requiring adherence to behavior peculiar to their religious tradition and uncommon to the cultures in which they are embedded. They also rely heavily on worldwide evangelism to spread their message and acquire new adherents. All three religions have long histories in a wide range of countries, and employ energetic proselyting methods. They are also active in the promotion and defense of freedom of religion.

The central question is whether religious liberty has affected membership growth in a sample of 170 countries over a period of the past 40 years. Not much work has been done on this question although two scholars recently hypothesized a negative relationship but their work did not focus on the freedom of religion dimension to growth. I was unable to find a significant association between religious liberty and membership growth for any of the three religious groups. I did find significant associations between membership growth and human development (strongly negative), and also with economic development (also negative), providing some support for the modernization theory of religious growth.

​Religious liberty has a peculiar relationship to membership growth. The peculiarity is less a matter of having a negative or positive influence and more a question of being hard to find at all. This finding isn’t intuitively obvious. When viewed from an ‘‘economics of religion’’ perspective, when religious liberty shows an influence on membership growth at all, it is a slightly negative one. As a demand-side variable (characteristics of the country not controlled by the religion), the impact is indirect by allowing the entry of missionaries and in providing an enabling legal environment of property ownership and tax exemptions. In short, religious liberty has little to do with predicting how well the religion performs in terms of adding new proselytes.